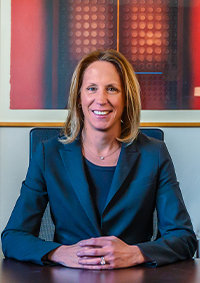 Sandra Day O’Connor was the first woman appointed to the United States Supreme Court in 1981. But did you know that women were considered for position on the Court as far back in history as the 1930’s?

In her recent book, Shortlisted: Women in the Shadows of the Supreme Court, which was recently included on the list of Best SCOTUS Books of 2020, Vice Dean Hannah Brenner Johnson explores the stories of nine women who were formally shortlisted to the U.S. Supreme Court.

Vice Dean Brenner Johnson's research focuses generally on the intersection of law and gender, specifically investigating gender inequality in the legal profession, and sexual violence perpetrated in institutions and systems. Studying with Vice Dean Brenner Johnson at California Western will give students the opportunity to learn and take up the mantle from a recognized leader in the pursuit of gender equality in the law and society. Her casebook, Gender, Power, Law & Leadership was just released last year. She has published numerous articles and book chapters and her work has been cited by the Delaware Supreme Court, in briefs before the United States Circuit Courts, by legal scholars and in popular media like CNN, Huffington Post, Wall Street Journal, and Detroit Free Press.

Human Rights At Home and Abroad

Cybersecurity and the Future of Law